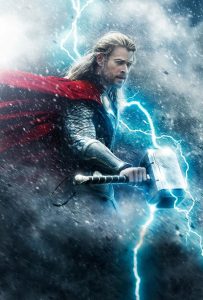 There’s Fat Thor, Muscular Thor, Magical Thor and Flying Thor. None of these truly describe why so many people fall for Thor.

The God of Thunder Avenger is entertaining to watch, but so is watching Tony Stark die over and over. What Thor has is unconventional of a superhero: he’s a ditz.

Indeed, digging deeper into the character and seeing Thor’s charm and charisma is what makes him so lovable. It’s not an easy thing to spot. That’s not to say that Thor is dumb, he’s not. He just needs a little help when it comes to understanding things, such as the entire Universe and beyond. That includes love.

Enter the character Dr. Jane Foster. Jane is a brilliant astrophysicist. Her relationship with Thor didn’t really melt the hearts of everyone, yet fans became invested in the pairing. It’s amusing to witness. Even though Thor and Jane broke up due to a supposedly long-distance irresistible need to be together, the reality might be that Thor is just too much of a fluffhead for someone of Jane’s intelligence.

Even as Thor tells Jane that he must depart for Asgard, he decides to be a gentleman and kisses her hand. Really, Thor? Instead, it’s Jane who pulls Thor in for a full, passionate kiss on the lips, leaving the audience gasping for air.

It’s dopey actions such as the kiss on the hand instead of the mouth that make the viewers crave more of Thor. He has the charm and energy of a frat boy which is a very contagious quality. He also follows through on his promises, stays true to his word and has respect for Jane.

Thor: Love and Thunder is going to be the most exciting upcoming movie of the Marvel Cinematic Universe in Phase Four because it’s rumored to delve into flashbacks of Thor and Jane. Will we finally get to see them as a happy couple? What could possibly go wrong? (Now that’s a loaded question!) Leave your comments on whether or not Thor is an enchanting ditzy doofus.