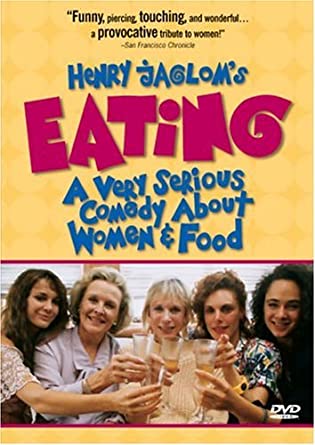 I’m a big fan of creating my own holiday traditions, one of them watching a specific movie on each holiday. On Christmas, it’s Robin and the Seven Hoods; on New Year’s Eve, it’s Priscilla, Queen of the Desert; on Halloween, it’s The Midnight Hour; and on Thanksgiving, it’s Henry Jaglom’s Eating. Except for the friends I’ve badgered into it, I haven’t come across one person who has seen it, so I’m here to spread the word.

While not made recently, this film is timeless. Two films in one, it’s the story of a birthday celebration for three women; Kate (Mary Crosby), who’s turning 30; Helene (Lisa Richards), who’s turning 40; and Sadie (Marlena Glovi), who’s turning 50. The all-day party is being held at Helene’s house, where she wants to give the three of them a good send-off into their next decades. Houseguest Martine (Nelly Alard) is also doing interviews for the documentary she’s making for French television, the interviews punctuating the birthday party narrative like a film within a film. At first, she tells the party guests that the subject is women in southern California, but she eventually reveals that it’s about women and food, afraid they might not open up if they knew. There are no men in the film, and it all takes place in the same setting, Helene’s house and yard. There’s no reason to think it wasn’t filmed yesterday, as fashionwise, everything old is new again, and the issues of women sadly haven’t changed much. Food is the main focus, both how we use it to comfort ourselves and use it as a tool of control, but abortion, cheating, aging, and what influences us, from parents to society, is also examined. Antagonist Sophie (Gwen Welles) brings our rivalry to the table as well; how we compete against each other when we should be supporting one another. What has always boggled my mind is that Jaglom (Ovation, The M Word, et al) also wrote this film, since it’s a deep dive into the psyche of women, and delves into our innermost souls. I believe every woman should watch it, as well as every man who wants to know women better.

Sophie stirs the pot deliberately, her jealousy spurring her to try and ruin the party for Helene. It begins early on when Sophie finds Helene alone “having a delicious time” eating her muffin, and criticizes her outfit, saying, “we’re forty, not fourteen.” Along the way, she hatches a plot to make Helene think her husband is having an affair, possibly with one of the women at the party. She tells Helene that there’s been a “conspiracy of silence,” and everyone knows about it except her. Refusing to say who it is, only that it’s a brunette, Helene begins to look suspiciously not only at her husband, who’s away working, but at the party guests. Nearly every type of woman is represented, from Helene’s mother Whitney (Frances Bergen), who’s “mystified about this food thing,” to Sadie’s daughter Jennifer (Daphna Kastner) who hides in the bathroom to eat some birthday cake, then promptly tries to throw it up.

Through the lens of Martine’s camera, we come in contact with every attitude toward food, most of them having begun in childhood, and fed (no pun intended) by the people in our lives, be it parents, men, or society in general. Some look at it as unconditional love, while to others, it’s the enemy. Jennifer says, “it’s the safest sex you can have,” while Helene’s stepdaughter Lydia (Marina Gregory) says eating her parent’s food is like “eating their ideals.” When the birthday cake is passed around, the only one who happily eats a piece is Whitney. Sophie seems to stand for all of us versus ourselves, and the running criticism we often have of ourselves in our heads. On the other hand, Martine is a girl’s girl, realizing we all have questions and a kinship, and wanting to share what she finds with others. Lizzo aside, you’d think we’d all be more evolved, but if we’re honest with ourselves, we’ll admit we have a long way to go.

Growing up with a mother who let him into a woman’s world, Jaglom heard women talking about food, shopping, and their affairs, “a rich, complex, touching world.” He wanted to put those lives on the screen, so we would feel less alone, telling Gary M. Kramer of Bomb, “The one thing not being represented in Hollywood films [is] real women.” Jaglom has said, “People who love my movies and hate my movies tell me they feel like they’re eavesdropping, like they’re almost falling in, like they want to be at that party,” and he’s spot-on with Eating. Every time I see it, I wish I was there.

Eating is often heartbreaking and endlessly identifiable. Either mind-blowing or a confirmation of everything you already knew, but never said out loud, I encourage you to watch it. It can be streamed on Amazon Prime or you can watch it for free on Tubi, through Reelgood.com. I’ll be watching my own DVD on Thanksgiving, when I know I’ll laugh, I’ll cry, and I’ll think about my own relationship with food. And I’ll also know it’s okay to have another dessert if I really want one. 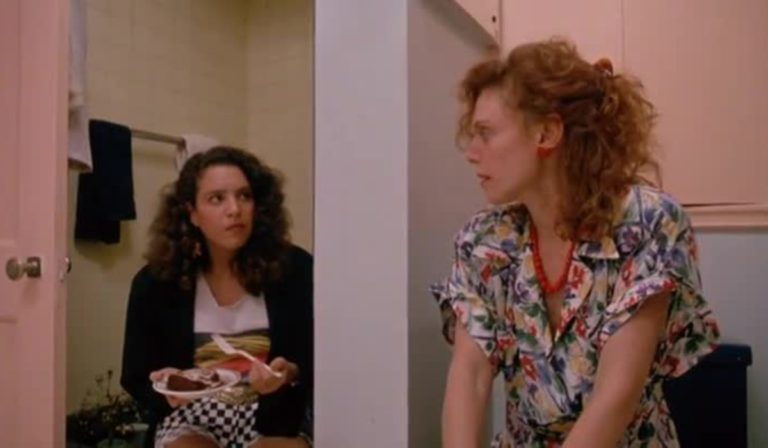 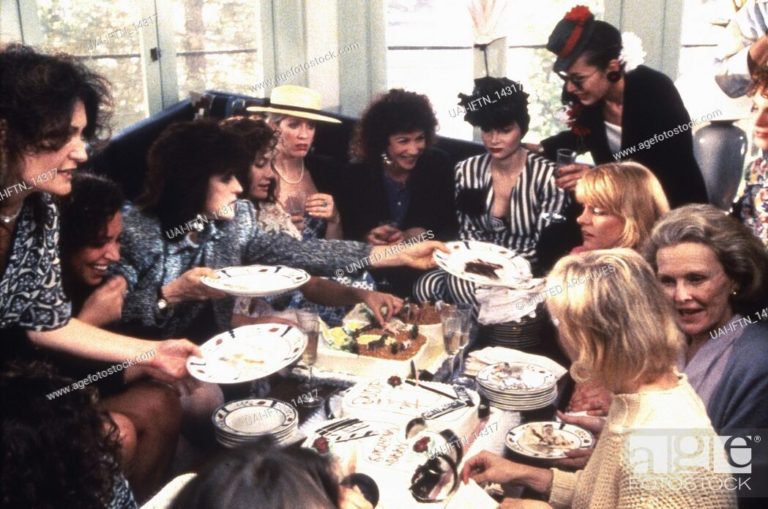