Why do YOU labor? 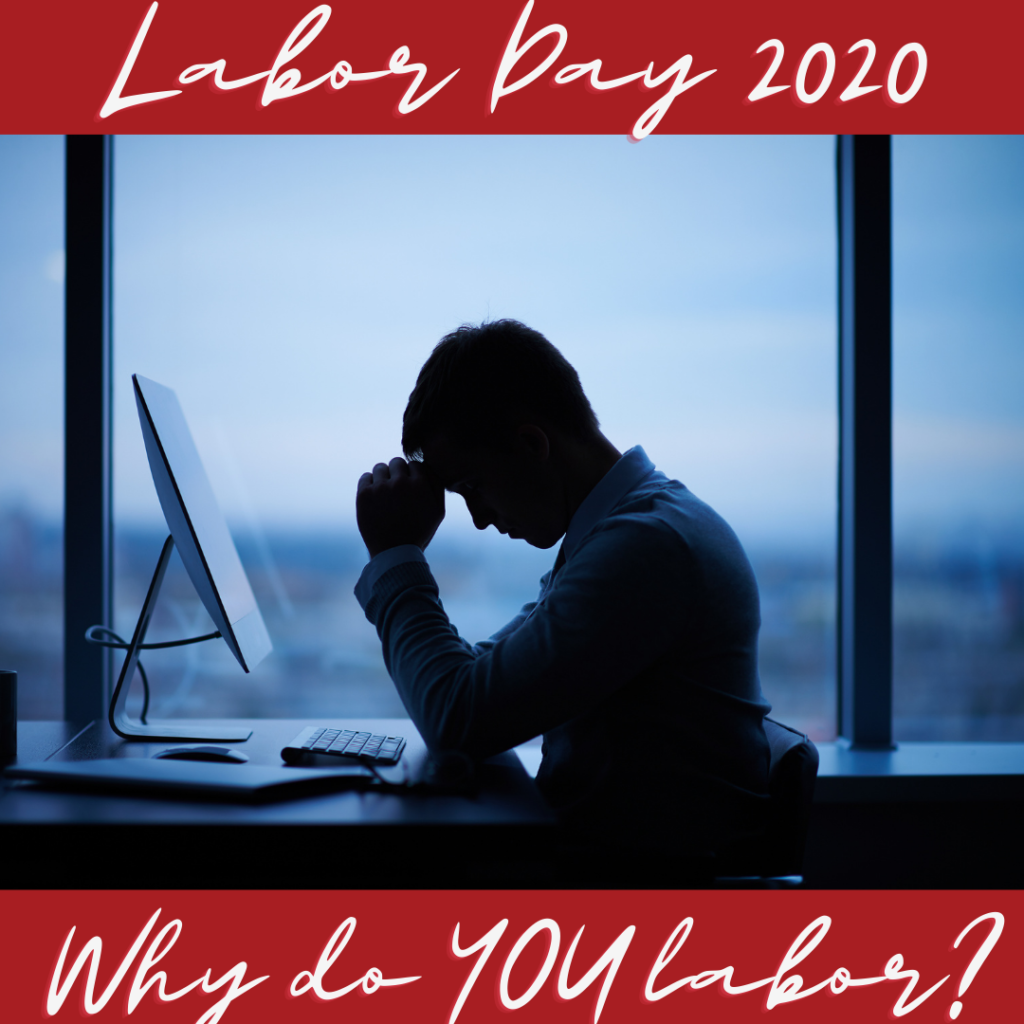 Do you work for the extrinsic motivators?  For the money and the resulting security, toys, and experiences that it buys?  Even for the mere survival of you and your family?  Or are you motivated by the work itself? By the opportunity to help others and be a service to the world? Do you wish to “put a dent in the universe,” as Steve Jobs said he did?

Modern society, though, is often misguided on both the intrinsic and extrinsic motivational factors. Worst of all, the vast majority of people go to work hating their jobs, not because the job is intrinsically bad, but because of their perception of the job.

I recently started following the number one Facebook morning show (#Riseandgrind by Glenn Lundy). He is constantly talking about a car dealership group who’s mission is, “Moving lives forward.” Sure, a vehicle is one part utilitarian need, one part mobile oasis, and one part rolling fashion statement, but the work of everyone in the dealership is NOT simply about the vehicle, it’s about how they contribute to moving lives forward through their work and even their charity outside of work. The right vehicle to fit a person’s needs and desires moves them forward–and without the freedom a vehicle provides, they aren’t moving anywhere!  The profit, in turn, moves forward the company and employees to repeat the process of meeting their own needs and desires.

Profit brings us to extrinsic motivation. Other than the business leaders responsible for profit (or loss), it seems that profit and extrinsic rewards have gotten a bad name.  However, profit or personal income are best viewed as indicators. Profit is an indicator that a business is providing more value than the cost to produce the associated good or service. Personal income is an indicator of the value provided to others.

The indicator of personal income is maximized when you are able to produce something rare and valuable. Being able to perform at the professional sports level is rare, and as long as you help bring in fans, it’s valuable to the team. Having the intellectual ability and determination to become a surgeon is rare, and it’s valuable because of the transformative help it can provide patients. Because of the process involved, surgeons can help a relatively small number of people, but help them in big and valuable ways.

For the barista, their ability to create drinks comes after just a few hours of training. Though the demand for coffee is high, the barrier to entry is low, and the pool of potential baristas nearly endless… not a formula for a rare skill. Only by creating systems for repeatedly producing consistent, sought after coffee in desirable environments can someone scale the profits into a massive organization like Starbucks. They have helped many people just a little bit at each visit. 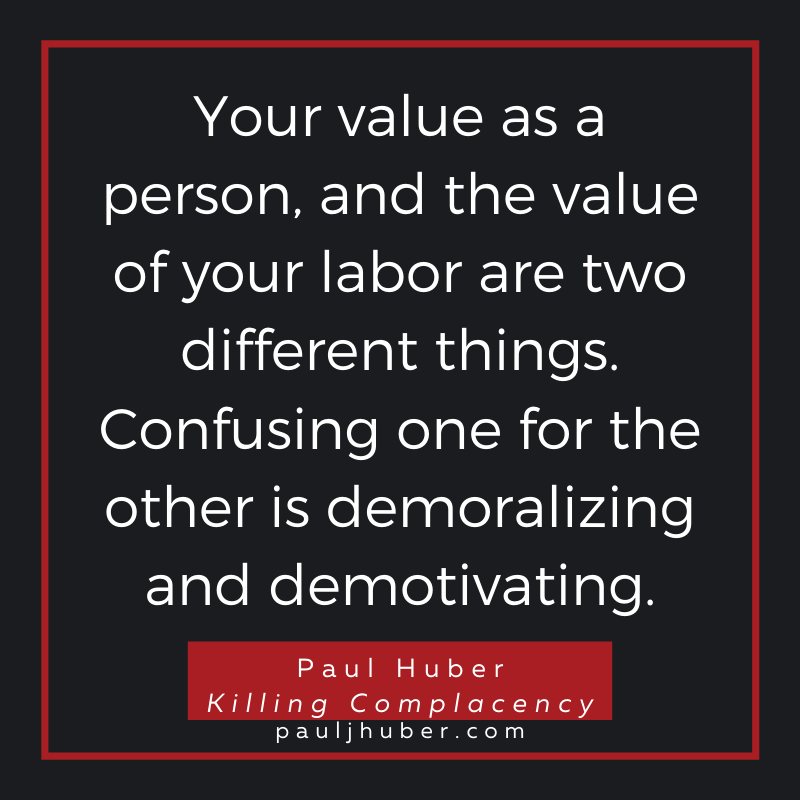 Ultimately, our work is BOTH entirely about ourselves and entirely about the world around us. Each of us was uniquely designed and molded through our experiences to have a unique place in this world. And as they say, you are unique, just like everyone else. Just like everyone else, you have a role to play in our society. Your contribution may directly save lives like a surgeon, or simply bring joy through a cup of steamed milk with a dash of espresso. Both are valued.

I hope that you will work at both better seeing and sharing the intrinsic value of your work AND at maximizing your extrinsic rewards. What you do matters to the world – otherwise, there wouldn’t be a paycheck; but what you do today isn’t necessarily your final destination. I hope that you will work your way to a role that provides even more intrinsic and extrinsic value to you. That feeling of wanting more is no different than your hunger for food–you were once satisfied, but now it’s time for more.

Paul has an MBA from the Jack Welch Management Institute. His day job includes leading a system integration team where he applies his Masters of Systems Engineering from Iowa State.

In addition to his day job, his side hustle helps the world see the abundance that is available if more people would eliminate the complacency in their lives.

His book, Killing Complacency, is available on amazon.com.